New York City is made up of five boroughs officially called "boroughs": Manhattan, Brooklyn, Queens, the Bronx and Staten Island. Each "borough" coincides with a county in New York: Manhattan with New York County, Brooklyn with Kings, Queens with Queens, the Bronx with the Bronx, and Staten Island with Richmond. Until 1898 the city of New York was formed solely of Manhattan. Although there was one elected politician per borough, his function was very limited. The management of the city is centralized at the New York City Hall. 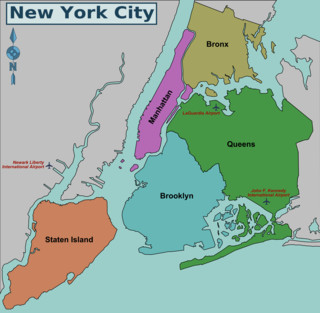 The division of New York City into 5 boroughs dates from 1898.

Today, the boroughs are:

New York City is the most populous city in the United States. NYC is divided into five boroughs, which constitute an administrative division specific to the city. 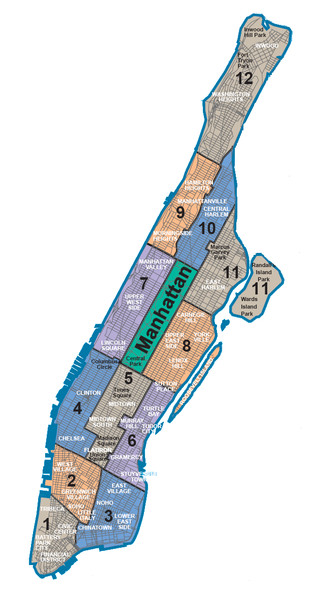 New York City and especially Manhattan reputation is made by its diverse neighborhoods, in which you will find monuments, squares or cultural venues.

Manhattan is world famous for its skyscrapers and its dynamism. It is the most touristy borough in the Big Apple and is the borough best served by the New York subway. Manhattan is the economic and financial heart of NYC, built around Wall Street, which hosts the New York Stock Exchange, and Midtown, which includes several headquarters of companies such as Time Warner, Bloomberg LP and MetLife. Manhattan is the cultural centre of New York, with museums such as the Metropolitan Museum of Art, the American Museum of Natural History and the MoMa. Most of the most famous skyscrapers are also located in this neighborhood: the Empire State Building, the Chrysler Building, the Comcast Building and the One World Trade Center.

Manhattan consists of three main areas (from south to north):

Manhattan's many neighborhoods do not follow any particular rules:

Manhattan's neighborhoods reveal all the diversity of Manhattan: the Lower East Side and East Village are bohemian neighborhoods. Chelsea is the artistic and nightlife district.  The Upper West Side is often defined as an intellectual and creative neighborhood while the Upper East Side, one of the richest neighborhoods in the United States, is characterized as conservative. 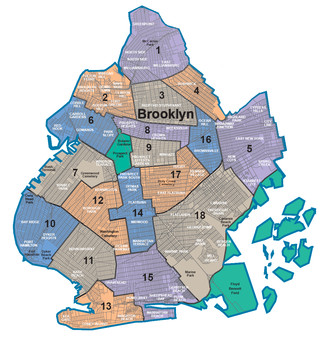 Brooklyn coincides with Kings County. With a population of over 2,600,000, it is the most populous borough in New York City. The borough of Brooklyn can be divided into many distinct neighborhoods, most of which developed from villages and towns dating back to the Dutch colonization of the 1600s. 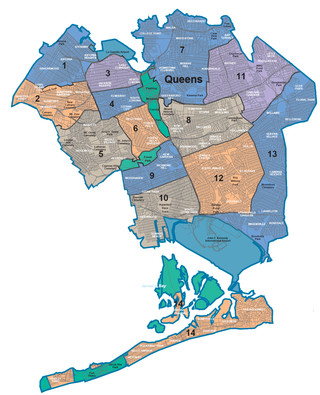 Queens is home to film studios such as Kaufman Studio in the Astoria neighborhood, which produces many television shows. Queens is also becoming an artistic crossroads, with the presence of MoMA, Noguchi Museum, Socrates Sculpture Park, Museum of African Art and Queens Museum. The Queensbridge working-class neighbourhood is a breeding ground for hip-hop music. Rappers such as Nas, Havoc and Prodigy from Mobb Deep, Tragedy Kadafi, Frenchie, Cormega, 50 Cent and singer Nicki Minaj have come from there. Citi Field Stadium is also located in Flushing Meadow-Corona Park. Since 1978, the US Open tennis tournament has been held at Flushing Meadows-Corona Park. 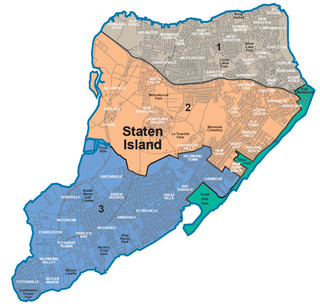 Staten Island is an island and one of the five boroughs of the city of NYC. Staten Island is the least urban borough in New York City, with a population of approximately 500,000. It is a very green neighborhood with many trees that allows you to find nature. 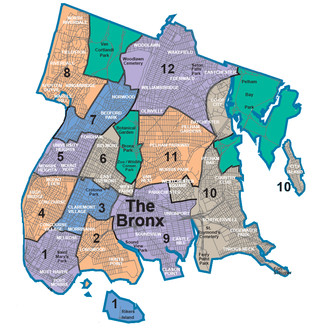 The Bronx is the northernmost borough of NYC, it coincides with Bronx County and has a population of approximately 1,500,000. Since the late 1990s, the Bronx has become increasingly safe and vibrant, which means that its population has grown and violence has dropped sharply.

The Bronx is made up of several emblematic neighborhoods like the real Little Italy where you will find very few tourists and very good Italian addresses. By visiting the Grand Concourse, you will discover the Art Deco style buildings. The Camp Apache district has given the district a bad reputation. During the 70's, it was a district known worldwide as one of the most dangerous and criminal areas in the world. Today, it is a safe neighborhood worth visiting.