NYC's commuter train network is the most extensive in the United States: 20 lines serving approximately 250 stations and more than 150 million passengers per year (Connecticut, New Jersey and New York State). 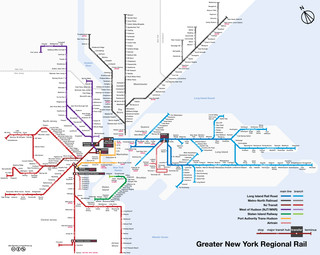 Its network includes the following 4 networks:

Each train line is called "Local" or "Express":

If you have a long trip, it will be recommended to take an Express train. Be careful not to make a mistake, otherwise you may find yourself having to turn back. 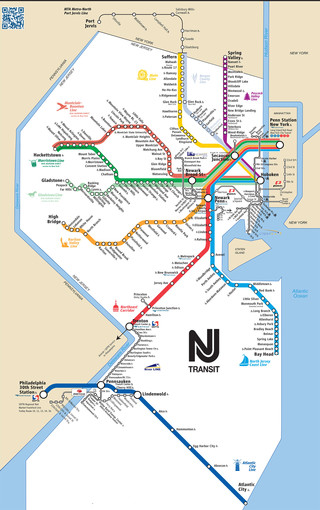 The NJ Transit which transports 940,000 passengers per day, exists since 1983 and is operated by the NJ Transit (New Jersey Transit).

Its network includes the following 10 lines:

The NJT has 11 commuter train lines : 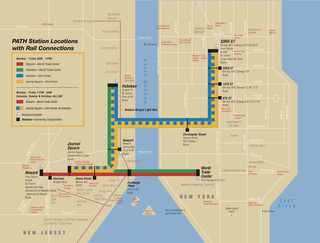 The Port Authority Trans-Hudson (Path) which transports 262,000 passengers per day, exists since 1908 and is operated by the PANYNJ (Port Authority of New York and New Jersey).

Its network includes the following 4 lines:

The Port Authority Trans-Hudson (PATH) is a network of trains that connect Manhattan, New York, to the cities of the State of New Jersey (Jersey City, Hoboken, Harrison and Newark). PATH is managed by the Port Authority of New York and New Jersey (PANYNJ) and operates 24 hours a day.

The total length of the PATH is 22.2 km (13.8 miles) and has 13 stations. PATH is underground only in Manhattan and parts of New Jersey (under Jersey City and Hoboken). The PATH crosses the Hudson River through a cast iron tunnel dating from the early 20th century.

The PATH system was originally built by the Hudson & Manhattan Railroad (H&M) between 1908 and 1911. The automobile and the construction of bridges and tunnels over the Hudson River caused H&M to go bankrupt in 1954. In 1960, PANYNJ bought the network.

The system suffered several disasters that affected New York in the late 20th and early 21st centuries. The World Trade Center attack in 1993, followed by the attacks of September 11, 2001 and the flooding of Hurricane Sandy in 2012. 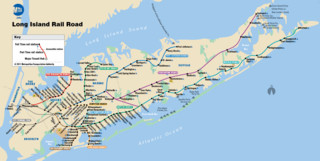 The Long Island Rail Road (LIRR) which transports 86.1 million passengers per year, exists since 1834 and is operated by the MTA (Metropolitan Transportation Authority).

Its network includes the following 11 lines:

The Long Island Rail Road is the most heavily used suburban rail line in the United States (over 90 million passengers per year) and the oldest. It has been in operation since 1834 and has numerous connections with the New York subway system. The two LIRR lines are divided into eight branches and serve 124 stations on more than 1,100 kilometers of track.

LIRR has two major terminus stations in Manhattan and Brooklyn and a major transfer station in Queens. 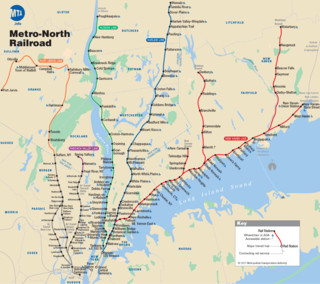 The Metro North Railroad (MNR) which transports 76.9 million passengers per year, exists since 1983 and is operated by the MTA (Metropolitan Transportation Authority).

Its network includes the following 5 lines:

The MTA Metro-North Railroad (MNR) is a commuter train that connects New York City with its northern suburbs and the neighboring state of Connecticut. It is part of the Metropolitan Transportation Authority (MTA).

In October 2002, the MTA announced plans to merge Metro-North (MNR) and LIRR into a single company called MTA Rail Road. But the MTA failed to obtain New York City approval in April 2006.